Leon and Thea Koerner fled Europe in 1938 and immigrated to Canada, settling in Vancouver and beginning a new life. Bringing with them their experience in the lumber industry in Europe, Leon and his brothers established a flourishing business in BC, named Alaska Pine, using an innovative commercial application for the previously underrated hemlock. They promoted conservation practices, set standards for safety, benefits and fair wages, and built logging camps and company towns which became models for the industry.

Thea, a talented actress and model before marrying Leon, expressed her passion for the arts throughout her life. In 1955 Leon and Thea established the Leon and Thea Koerner Foundation, a charitable foundation which supported the arts, education and social services in BC for over 60 years. This was the first philanthropic initiative sponsored by immigrants in BC.

Learn more about the Koerners

Leon and Thea Koerner met in post-World War I Vienna, and after a courtship of several years they married in 1922. Although Dr. Koerner’s business interests took him all over the continent, he and Mrs. Koerner made their home in Vienna until 1938. 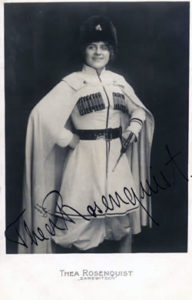 Thea Koerner (née Rosenquist) was born in Germany in 1896 to Polish and Swedish parents. Before her marriage she was a well–known actress on the stage of the Deutschen Volkstheater in Vienna, involved in film production and, because of her popularity and beauty, was occasionally photographed modeling women’s fashions. Although she gave up her career when she married, she remained a prominent figure in Vienna’s rich and vibrant cultural life, and maintained her love of the arts in all its forms throughout her lifetime.

Leon Koerner was born in 1892 in Novy Hrozenkov, Moravia, to German and Slavic parents. After serving as an officer in the Austrian army during World War I, he joined his father’s lumber firm, J. Koerner Forest Industry Ltd., which had its headquarters in Prague. After his father retired in 1920, Dr. Koerner and his three brothers guided the affairs of the firm through the turbulent post-war years and the devastating effects of the Great Depression. By means of their business acumen and public service to organizations dedicated to the recovery of the forest industry, Dr. Koerner and his brothers played a significant role in Czechoslovakia’s return to economic prosperity during the mid and late 1930s. They built an empire that at its height employed 15,000 people in its forests, mills and offices throughout Central Europe.

However, by late September 1938, the alarming territorial ambitions of the German Reich and its anti–Semitic policies made it imperative that Dr. Koerner and his siblings, who were Jews, leave Czechoslovakia without further delay. Leon and Walter Koerner, the last of the brothers to leave the country, made a timely escape by air from Prague to London, England, on September 23, 1938, departing only hours before the airport was closed to all but military traffic. Thea Koerner, who was a Lutheran, remained in Vienna until December 1938, hoping in vain that the political situation would improve and allow her husband to return to their home. The Koerner brothers had to abandon their business, most of their personal possessions and, worst of all, leave behind those family members who could not be persuaded they should also leave. No monetary compensation was ever received, and the remaining relatives all died in concentration camps. 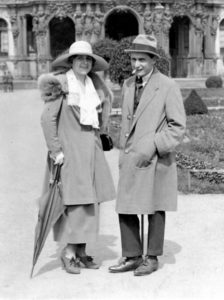 Although safe in London, Dr. Koerner was despondent over the certain fate of his relatives, his country and the loss of a fortune. In January 1939, he and his wife embarked on an extended trip for much needed diversion. When German troops occupied Prague on March 15, 1939, Leon and Thea Koerner were in Vancouver, B.C., waiting for Mrs. Koerner to recover from a severe case of the mumps before they could leave for California. Having used the one–month delay to learn something of British Columbia’s coastal forest and lumber industry, Dr. Koerner advised his brothers, who were still abroad, that the family should choose this province as an opportune place to begin its new life.

By the end of 1939 the Koerner brothers and their families had immigrated to Vancouver and were engaged in the lumber business under the firm name, The Alaska Pine Company. Alaska Pine was another name for Western Hemlock, a tree found in abundance in coastal forests but largely regarded by local lumbermen as an inferior species. For that very reason it was chosen by the Koerners as the raw material for their company’s sawmill products in order to make their entry into the competitive lumber business more acceptable to the established operators. The Koerners knew from their European experience how to process hemlock to eliminate the problems normally associated with the wood, and quickly found a market for their products in Canada and Britain due to the huge demand created by the outbreak of World War II. The business was extremely successful and brought acceptance, respect and renewed wealth to the Koerners. 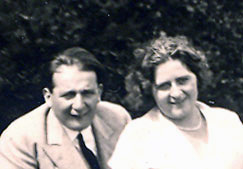 Their good fortune instilled in them a deep and lasting gratitude for the opportunity they had been given to start their life over again in a free and democratic country. Leon and Thea Koerner decided the best way they could express their deep feelings was by embarking on a programme of philanthropy to enrich the province they felt had been so good to them. Their belief in the benefits of higher education for young people, in the importance of the arts to the community as nourishment for the human spirit and their recognition that these and other enterprises of a social welfare nature were in need of encouragement in their new land prompted them to establish the Leon and Thea Koerner Foundation with an endowment of $1,000,000 in 1955. It was the third private foundation in the province, and the first to be founded by immigrants.

Dr. and Mrs. Koerner were present at the first meeting of the Board of Governors on May 6, 1955, to present their cheque, and until the end of his life, Dr. Koerner’s keen interest in the deliberations of the Foundation was evidenced by his attendance at many meetings. If he was absent, he never failed to send a telegram or telephone the Chairperson to send his thanks and warm regards to the Governors. Over the years commitment to their common goal resulted in the formation of deep bonds of camaraderie and personal friendship between the founders and the Governors, greatly enhanced by the generosity of Dr. and Mrs. Koerner. To show their appreciation to the Governors, Dr. Koerner invited them and their spouses to a winter meeting in Palm Springs, California, all expenses paid, on four occasions between 1957 and 1962, and hosted a formal dinner for them every year after the spring, and often the fall, meeting of the Board in Vancouver until 1970.

In addition to her part in establishing the Foundation, Mrs. Koerner expressed in a very personal way her feelings for her adopted country in 1955 by writing a poem entitled “Song of an Immigrant,” which, until 1964, was incorporated into the booklet given to all new Canadians by Canadian citizenship courts. 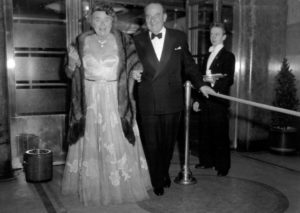 Following the creation of the Foundation, Dr. and Mrs. Koerner continued their philanthropic activities in a manner that not only benefited the University of British Columbia but also permanently established their names in association with it. In 1957 they pledged over half a million dollars to the University of British Columbia’s Capital Gifts fundraising campaign to build a Faculty Club on the campus. This building is known today as the Leon and Thea Koerner University Centre. After the death of Mrs. Koerner on July 26, 1959, Dr. Koerner donated his share of her estate to the Foundation on condition that it be offered with his own contribution to the University of British Columbia for the construction of a graduate student centre to be known as Thea Koerner House as a memorial to Mrs. Koerner. The Centre is now known as the Thea Koerner House Graduate Student Centre. When it opened on May 24, 1961, it was, and still is, a unique centre among Canadian university campuses, and was chosen by Dr. Koerner as an affirmation of his conviction that the graduate schools of Canada’s universities would produce the country’s future leaders.

Another memorial was established in Mrs. Koerner’s name by a group of her friends after her death: the Thea Koerner Memorial Scholarship is still offered each year to a UBC student proceeding to a undergraduate degree in creative writing, fine arts, music or theatre.

The top floor of Thea Koerner House was a penthouse designed for Dr. Koerner into which he moved in May 1961; he resided there from May to early October each year, and spent the winter months at his home in Palm Springs, California. In 1966 Dr. Koerner, whose health was not robust, suffered a stroke; thereafter he lived in failing health until his death on September 25, 1972. Under the provisions of his will the Foundation received the residue of his estate which, together with his share of Mrs. Koerner’s estate, brought his personal contribution to over one and a half million dollars. 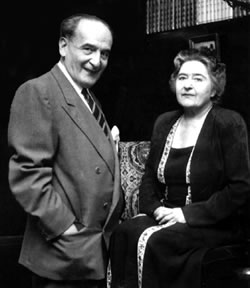 Leon Koerner received many honours during his lifetime including an honorary LLD. from the University of British Columbia in 1957 and an honorary Ph.D. from Simon Fraser University in 1967. Posthumously, he was inducted into the Canadian Business Hall of Fame in 1983, and in 1999 he was one of 50 men and women named as British Columbia’s business leaders of the century. Many tributes were paid to him in the press after his death, none more fitting than an editorial in the Vancouver Sun, which read, in part:

Leon Koerner had a consuming sense of debt, and it was not warranted … He contributed a whole new forest industry of immense value to the Canadian economy… His feeling of obligation persisted …and … became a magnificent obsession … The account he ran with Canada was a private affair, a thing of the heart. By any reckoning — except perhaps Leon Koerner’s — he died, this week, a debt-free man.1